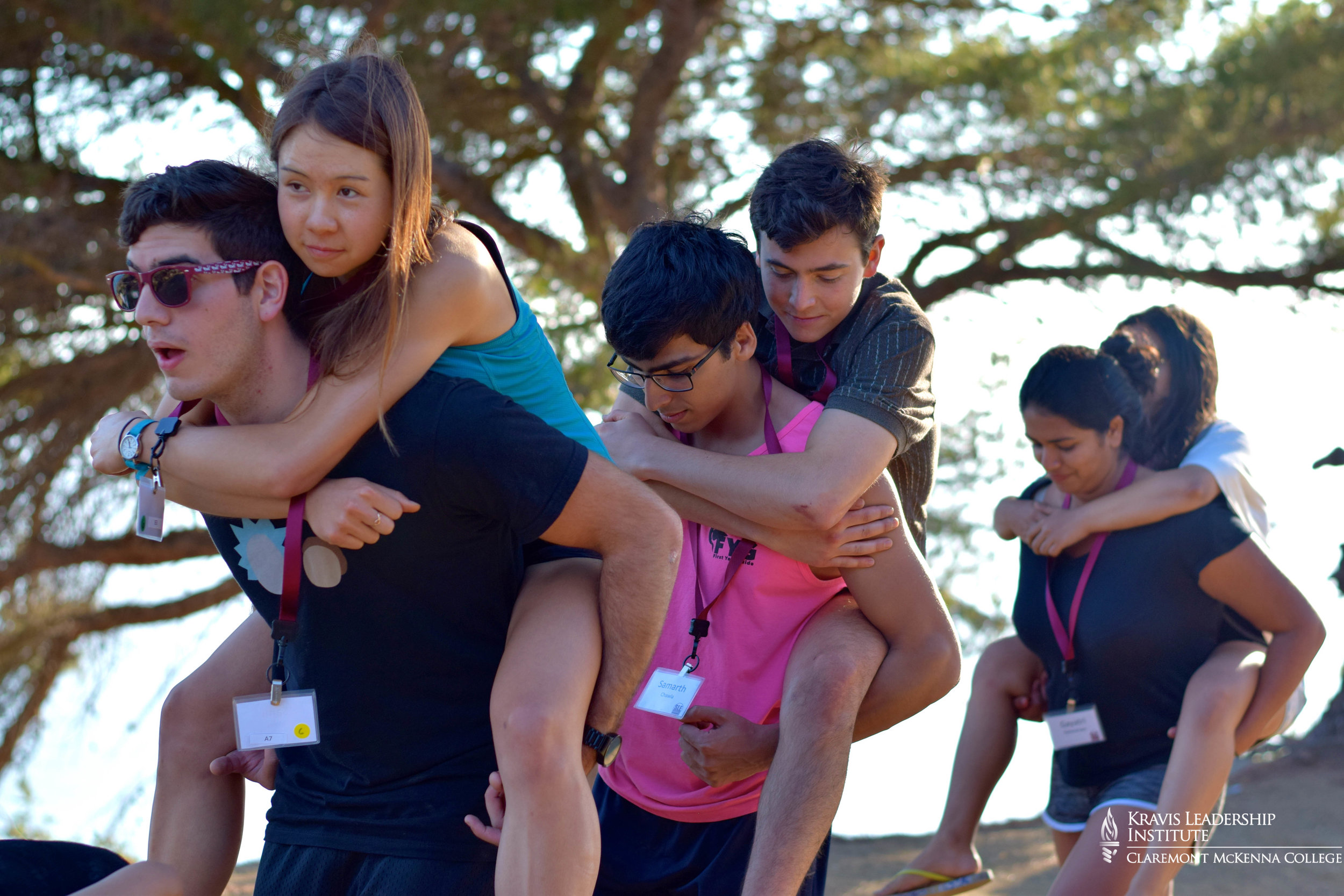 “…[SLE] gave everyone who participated a deeper understanding for the struggles and triumphs that we all have endured in the past year.”—Andrew Friedlander ‘19

The weekend of September 18th, 2016 marked the annual Sophomore Leadership Experience (SLE) hosted by the Kravis Leadership Institute. The annual program focuses on developing leadership skills within the Sophomore Class in an off-campus retreat while simultaneously allowing the class to bond on a deeper level than typically takes place on campus. This year’s program saw 95 sophomores participate led by Sara Thompson, Director of Leadership Programs, Scott Busiel, Assistant Director and Events & Social Media Coordinator, Career Services, and Sherylle Tan, Interim Director. Over the course of the three-day retreat, students discussed what it means to be a leader, what aspects of their own leadership styles they could improve upon, and got to know one another on a richer personal level. The retreat culminated with students pitching ideas to their peers on what they believe could change Claremont McKenna for the better. In the words of one small group facilitator (SGF) and former SLE participant Tyler Finn ’17, “Being a SGF reminded me how committed younger CMCers are to making CMC the best it can be.” 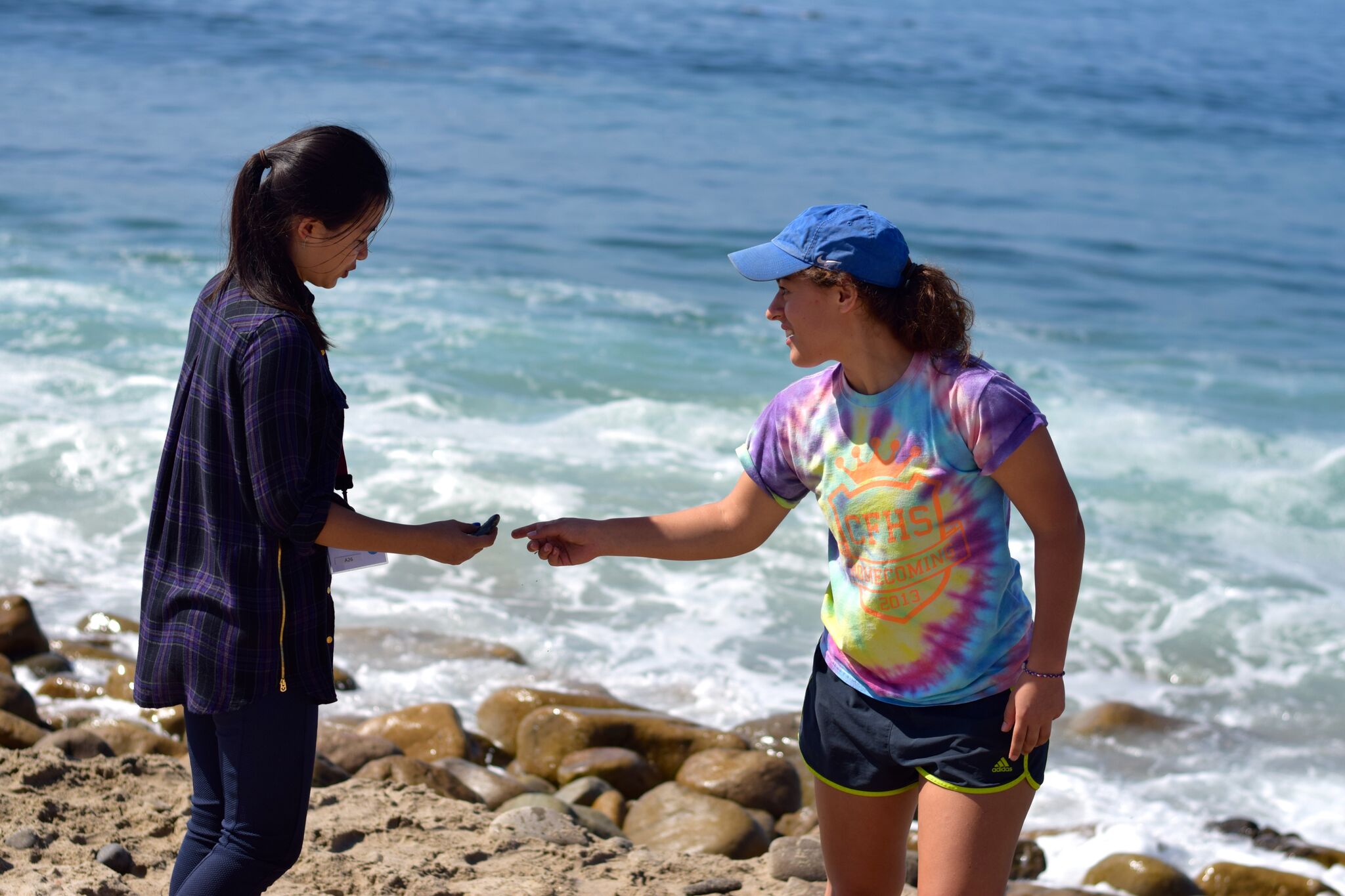 This year saw SLE move to an exciting new location in Malibu. The camp where the program took place sat atop a bluff looking over the ocean complete with fog that rolled up the hills in the morning and stunning sunsets over the ocean. The location also featured a high ropes course which ensured that students were challenged as they took “leaps of faith” off of 25ft poles along the bluff’s edge, trusting their peers to belay them to safety. In addition to the change of location, SLE employed more upperclassmen small group facilitators than ever before (14 in total) allowing for the groups themselves to be smaller and more intimate. Furthermore, the programming itself was slightly condensed in order for more student centered discussion rather than curricula.

For the past 11 years, the Kravis Leadership Institute has been offering SLE. Each year brings new classes with unique experiences and views on their community and the greater Claremont McKenna community as a whole. Like each class of sophomores before it, the class of 2019 is unique. It would not be an exaggeration to say that we had an atypical freshman year. In early November 2015, tensions that had been bubbling beneath the surface for years at CMC finally erupted in a series of protests that shook the campus to its core and at points in time created a very divisive atmosphere. At the time, the class of 2019 was still comparatively new to CMC—still getting to know one another and the school community as a whole. As a result of the events of last fall, the Class of 2019 had the traditional freshmen bonding time cut short. Many sophomores noted that during SLE, the class felt more like a community than ever before, and that in some ways, it was a much needed time to have difficult conversations about last year. Riley Hoffman ’19 remarked, “I loved how the sophomore class felt like such a community and I gained an immense amount of respect for the leaders we have.” Similarly, Payson Ruhl ’19 said, “The best part of SLE was being pushed out of my comfort zone…[I] had some difficult, but necessary conversations and came out of SLE feeling both more connected to my classmates and more in tune with myself.”

One of the most interesting insights into a class’s priorities came in the form of the pitch presentations that students gave on the final day of the retreat. Leading up to the pitches, students had discussed aspects of CMC social life, curricula, and other areas that could be improved upon. Students then split into groups based on what projects they wanted to work on and devised rough outlines of proposals—solutions of sorts to the issue their group tackled. The Class of 2019’s proposals revolved around several key areas. These ranged from a stronger arts presence on campus to creating an avenue for off campus sequences (minors). And from easier access to financial aid to a stronger focus on campus sustainability to devoting more resources to students’ mental health. When looked at wholly, these ideas reflect a class that prizes students’ health and recognizes that our community is a group of individuals that have come to better in the pursuit of knowledge, each bringing different talents that deserve equal support. Isabel Chavez ’19 agrees that these pitch presentations were one of the highlights of the program saying, “[One of my favorite parts of SLE] was hearing all the wonderful, tangible ideas that people had to better our school and the greater CMC community.”

There are many ways of evaluating whether or not a program was successful. One can look at the number of people it reached, or can attempt to quantify the program’s impact on those individuals that did attend. In both of these respects and more the 2016 Sophomore Leadership Experience was a success. Program evaluations showed that sophomore participants found value in learning new skills and SLE useful in building a closer community.

Sophomores came back to campus feeling closer to their peers, having developed meaningful relationships, and feeling reinvigorated—ready to grab their time at CMC by the reins and make the most of it by being more engaged on campus. These aren’t things that you can learn in a classroom and were only possible because of SLE. Perhaps this quote from Jahnavi Kocha sums the weekend up best, “SLE reminded me why I loved the CMC community and how each person’s identity that makes up the class of 2019 is what makes it so special.”