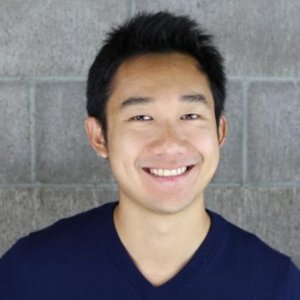 According to Forbes, 9 out of 10 startups fail. Daniel Kan is an outlier. He has founded two successful companies since graduating CMC in 2009. His latest startup, Cruise, recently sold to General Motors (GM) for more than a billion dollars. With GM’s support, Cruise is working on building a fully self driving car.

So what’s the secret formula to creating a successful startup?

“I don’t know if I have figured it out, per say. One of the biggest things is not necessarily the market or the product. I consider what is the end value I am providing to the user.  You have to fix someone’s problem.”

At his first startup, Exec, Kan provided an on-demand personal assistant service to the public. Both of his startups have directly worked at fixing someone else’s problem. However, this is only part of the formula. What makes Kan special is his work ethic. Mix a great idea with a great deal of perspiration and you get a self driving car. I guess the only way to build self driving car is literally through a little “self-drive”.

“If I am doing something, I want to do it all in. For the most part, all [my team and I] did was get up, go to work, go home, go to sleep, for two years. That was everything we did for two years. I think one of the things people are afraid of doing is diving into it. In this age of information, with computers, anyone can start a business. Things don’t have to be perfect in order for them to work. ”

At the same time, self driving cars don’t really seem like something you just wake up one day and decide to build. I questioned Kan about his decision to enter into the self-driving car arms race. Why did he think he had the skills to accomplish something this futuristic?

“I don’t think there is anything that you can’t do if you put your mind to it, and if you break it into small enough pieces. I don’t necessarily have all of the skills to build a self driving car.  I had never built anything in robotics. [However], I do have the skills to find people that can help me. You don’t necessarily have to be the best at anything, but if you can find the right people you can build anything.”

Kan certainly has an unconventional approach to running a business.

“I try to think how I can make other people more efficient. For example, one of the things we do at our company is that everyone gets their choice of chair and laptop.  I [believe that] if you are going to spend eight hours of your day in your chair and your laptop, then you should have the best things possible. We want people to be focused on the job they are doing. If you can get people in that mode, you can really build something amazing.”

As an economics and psychology double major with a leadership studies sequence, Kan says that the liberal arts education at CMC helped him to develop creative and critical thinking skills.

“You have to make decisions every day in a startup. You have a limited set of resources, so to deploy them on one project you have to take them out of another project. I was heavily focused on the entrepreneurial side of the leadership sequence. [The curriculum] taught me how to think about tradeoffs and how to deal with conflict and emotions that are irrational.”

Kan also talked about how it is easier to take on a leadership role early on at a startup.

“You have the opportunity to do more because you have less resources. Scarcity provides the ability for younger people to take on a harder challenge. Larger companies aren’t going to take the risk. Startups have nothing to lose.”

Those leadership opportunities might be an option at a startup, but they won’t present themselves.

“One of the mistakes, I made early on was that I didn’t know that I had to ask [for opportunities]… In the past all of my jobs had a list of instructions. When the job is undefined you really have to go and find people to start making those definitions.”

For someone who has seen so much success he is incredibly humble. In fact, Kan says that sometimes he still experiences imposter syndrome.

“There are days where I am like ‘What am I doing? Why am I all of a sudden this person that people look up to?’ A year ago no one even knew who I was. It’s a little weird. I don’t really see myself as a bigshot. My life hasn’t changed much. I haven’t made any major purchases,” laughed Kan.

He doesn’t dwell on his success, or soak in the limelight. He is focused on the process, rather than the end result or financial gain.

“I am excited to see how self driving cars can have a big impact on society and help people. Uber has kind of helped with accessibility, but it’s expensive and not everyone can afford to use it. With self driving cars, the long term goal is to make accessible transportation for everything: goods, services, and people.”

Kan ended the interview touching on all the future doors his company could open.

“[Self driving cars could help] people who might otherwise not be able to take cabs to the airport and things like that. A lot of other interesting industries will spawn out of this that people didn’t think would have existed. I am excited to see what happens.  I think that is one of the main motivators for me.”