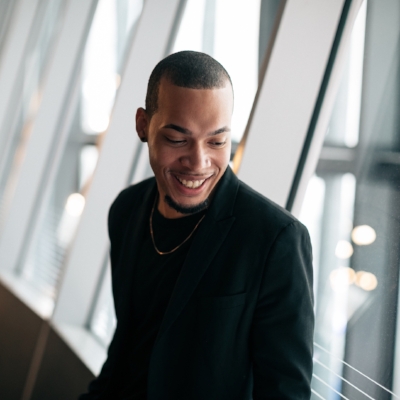 Why I Take Cold Showers

Being uncomfortable isn’t necessarily a pleasant feeling, but it can be one that helps us grow. Daquan Oliver, had insights of this profound nature to share with students at Kravis Leadership Institute’s first Dinner With World Changers. This semester, the KLI Social Innovation Team has launched an 8-week speaker series hosting award winning social entrepreneurs – from TED Fellows to Forbes 30 Under 30 to Shark Tank Winners to Emmy Award winning producers!

At this event, Daquan spent time with students, answering questions with an intimate and informal interview format. It was an amazing opportunity to eat a catered meal and gain wisdom from a Forbes 30 Under 30 recipient. He spoke on topics ranging from the importance of pushing oneself through intentional discomfort to maintaining one’s identity in the professional world. In every story he told, there was a lesson, and the advice he had for the event’s attendees was invaluable.

One student asked him about the skill that he thought was most valuable. Daquan responded, saying that he valued most his ability to push his own boundaries. Daquan elaborated, telling stories of his polyphasic sleeping practices to keep him sharp and focused, and when he did a week long vow of silence. He had to give a presentation during that week (which his professor was not excited about) and he was forced to consider how much energy we as people spend talking.

He also discussed the fact that he now only takes cold showers. Citing numerous health benefits secondarily, he stressed that the most important lesson he learned was how to refine his mental state. He had re-defined for himself what it meant to take a cold shower; to him they are no longer daunting “cold showers”, but rather, just a shower that happens to be cold.

Another student had a question concerning the disconnect he felt between his professional “self” and the self he presented at home. When speaking on maintaining his identity in the face of professional culture, Daquan had a simple answer: be whatever you think is your natural self. The answer sounded rudimentary at first but he elaborated, explaining that professionals, in his experience, respond more to confidence and strong ideas than to etiquette and dress code. Daquan personally only wears black, and never wears button downs, but his charisma and organization have gotten him to where he is today.

Students had a myriad of relevant questions and Daquan answered all of them, even taking time after the event ended to follow up. His wisdom was relevant to the lives of the students and he exhibited a genuine interest in helping them help themselves. Students who attended now even have contact information for further correspondence. Events like this will be continuing to happen every Monday until November 20.

Read more about our guest World Changers and sign up here! Seats are limited!