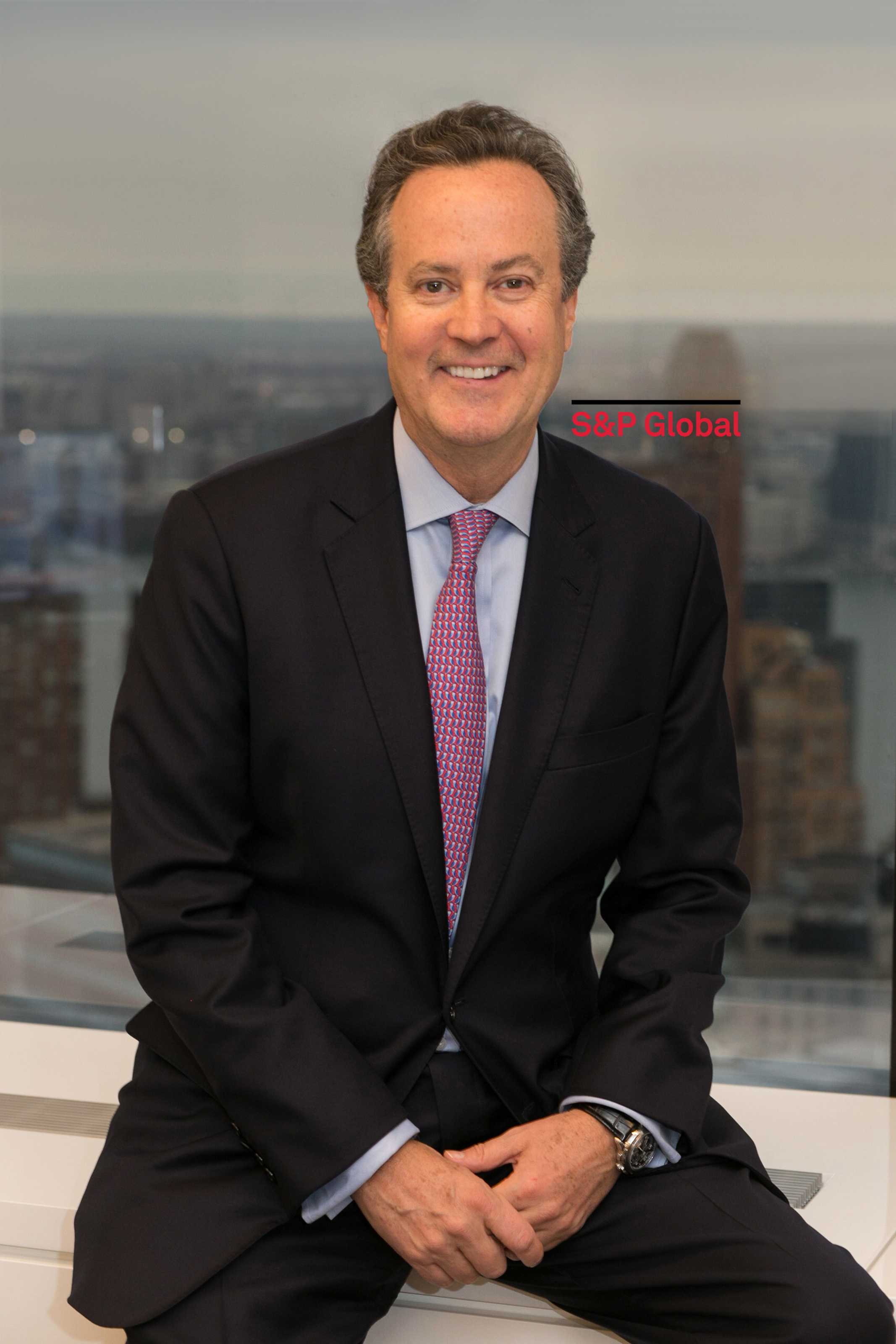 Doug Peterson always took the jobs that no one wanted. Now he has the job that everyone wants. He is the CEO of one of the most influential companies in the world, the S&P Global. His unconventional career journey has taken him all over the globe, and it started here at CMC.

“When I was at CMC I knew I wanted to do international business, but I had no idea what that meant or how to get there. I was a math and history major.”

While studying abroad, Peterson learned Spanish and discovered his passion for experiencing new cultures. During his 26 years at Citibank, Peterson spent more than half of his career offshore.

“I worked as a banker in Argentina, and as a country manager in Costa Rica and Uruguay. I also was in Japan as a regional CEO.”

His journey to the top was not an easy one. In fact, many people questioned Peterson’s decision to move his career to a small country like Costa Rica.

“I always tried to take the jobs where I was going to learn the most. In Costa Rica, I learned how to manage people. It gave me the opportunity to learn about things that were way outside my comfort zone. It was not a typical career path, but it gave me humility.”

In 2004 his unorthdox career path made him the perfect candidate for a larger role at Citibank. Peterson was sent to Japan to improve Citibank’s relationship with the government. After successfully mitigating tensions, Peterson was ready to lead a global company and he became the CEO of S&P in Nov 2013.

“[Looking back] the progression of my career sounds very logical, but it was not. Sometimes you don’t always have to take the jobs that seem like the ‘cool’ jobs that everyone is taking and [wants].”

If there is no “logical career progression”, what is the secret to becoming a CEO?

“Don’t expect that you are going to get something immediately. Take the jobs that no one else wants where you can adapt and build skills. There is value in always finding value [in every job you do].”

But there’s more to the formula than that. A CEO must have that ‘je ne sais quoi’ leadership presence. In fact, when Doug Peterson talks, you can feel the room warming up from his charismatic charm. For Peterson, this leadership quality was developed by learning the psychology behind management and through experiential learning.

“I [like to tell people] to study psychology, if they really want to know how an organization works and how people tick.”

Peterson shared his secret four part leadership model: vision, integrity, accountability, and communication. He stressed communication as the most important trait a CEO can have.

“In order to deliver your vision, build integrity, and an approach to accountability – you have to communicate. Communication is the glue that holds everything together.”

Peterson believes that the liberal arts education of CMC prepares students to be strong communicators. However, Peterson wishes that CMCers would focus less on securing jobs only at coveted firms like Goldman Sachs, Google, or McKinsey and expand their horizons.

“All of a sudden you get tunnel vision. You don’t even know what it means [or why you want that job]. I guarantee there are people out there that say they want to be an investment banker and they don’t know what investment banking is. One of the most amazing things about being in college for four years is the opportunity to experience so many new things.”